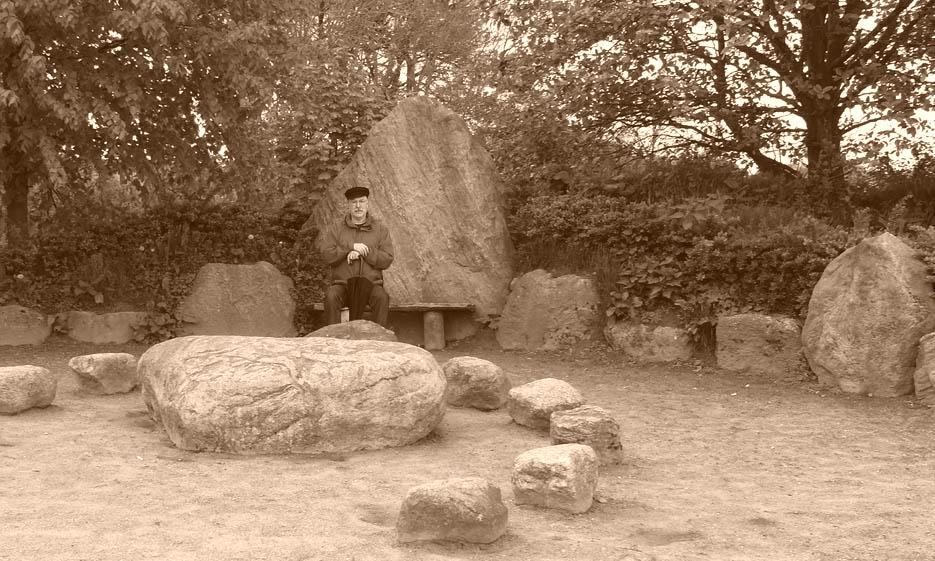 GardenStone was born in Groningen, the finest city of the Netherlands, and a place he still sometimes loves to visit. Several decades ago he left his hometown in the north of the Netherlands and even his country and moved to Germany, where he, after several stations, found his place in a small town in the beautiful Taunus Hills in the German state of Hesse.

Meanwhile the author has terminated the use of his alias GardenStone, because it did not provide the privacy expected, and he has started to publish under his common name Gunivortus Goos.

Gunivortus Goos is a writer of (mainly) non-fiction articles and books. Because scientific research concerning topics of the historical Germanic peoples is almost an addiction to him, his publications almost all deal with that, such as “Wild Hunt and Furious Host”, “The Mercury-Wodan Complex”, “The Nerthus claim”, “Goddess Holle”, “Eostre – Ostara – Eostar” and the 2-volume work “Gods of the Germanic Peoples From Roman times to the Viking Age” which has become, according to some insiders already a standard when it concerns information about Germanic deities. Quite a few of his books are published in English, German and Dutch.
At request he sometimes holds lectures about topics of the above mentioned fields of interest and now and then he is invited in bookstores to autograph there his books.
Read more about and from this author at his private homepage

This website uses cookies to enable certain functions (also for you). To comply with the new privacy directive, we ask you for permission to place cookies. You can opt in or out this by using these buttons, but also by continuing to use this website you implicitly agree placing our Cookies.Allow CookiesReject CookiesMore information